Free UK shipping on orders over £20

Specialist Mould Remover for use on delicates materials. Removes all mould stains and mould smells from fabric, leather and wood.

Out of stock
SKU
MOULDREM 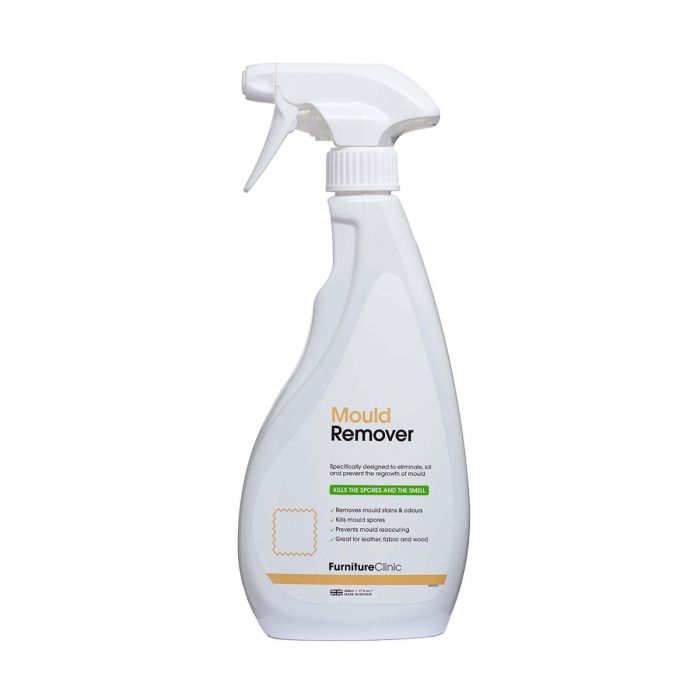 Mould Remover is highly effective at eliminating mould on any surface, on contact. Specifically designed to remove mould and prevent its re-growth, it is the perfect mould removal solution for all household mould problems.

As well as killing the mould itself, Mould Remover also removes all odours associated with mould, mildew, foods and liquids.

Application is simple, just spray the Mould Remover onto the surface and leave it for 10-15 minutes for it to kill the mould.

Our Mould Remover is specially formulated for removing mould from delicate surfaces such as fabric and leather.

Mould remover kills the spores and growths associated with mould on any surface, soft or hard, such as Leather, Fabric, Cloth and Wood. By destroying the spores, Mould Remover not only removes the original growth but will also stop the mould from recurring.

- Always test on an un-seen area before use.
- If the surface is thick with mould, clean the excess off using a cloth.

- Rinse the surface with clean water, or if applying to leather, wipe the surface down with a slightly wet cloth.
- Repeat the process if necessary.

- The Mould Remover kills the root cause of the mould; the spores. This will not only remove the mould staining and smell, but because the spores are destroyed, it also prevents the mould from recurring.

- The Mould Remover is intended for removing mould from fabric, leather and wood. It is formulated to be gentle, yet effective. We do not recommend it for removing mould stains from bathroom tiles or other surfaces as it is not tested for use on those surfaces.

A. Yes, our Mould Remover can be used to remove black mould stains on fabric, carpets, clothes, upholstery, leather and wood.

A. Mould Remover is formulated to be highly effective at removing mould and killing mould spores on any surface. It is ideal for use on furniture, wood and fabric surfaces. However, it has not been extensively tested on other surfaces, so we can not guarantee its success.

A. Absolutely, when applied correctly mould remover will completely remove all mould growth and kill the spores, this will prevent mould from re-growing after treating the area and negates the health risks associated with inhaling mould spores.